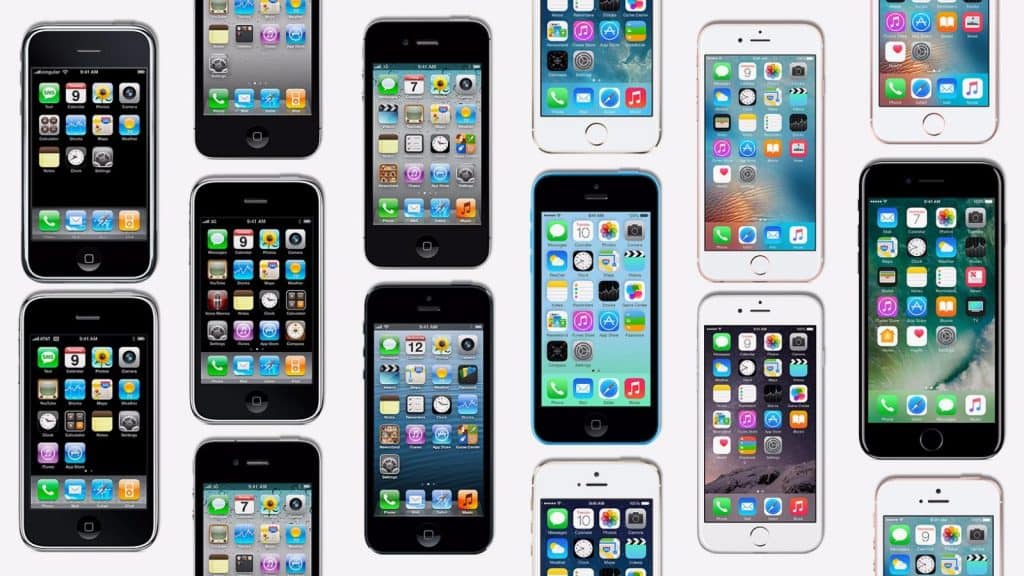 The Evolution of the iPhone and the Modern Smartphone

Whether you’ve had the iPhone since the 3G or jumping on the bandwagon at the iPhone XR, phones are almost mandatory in today society, they sit in our pockets like an extra hand, but as you can imagine it hasn’t always been like this.

The first ever smart phone was built in 1992 by IBM named the SPC. Clocking in at a $1,100 it was a luxury that only few could afford. The SPC came with a touch screen, it could receive emails and faxes (what a 1990s phrase!). Also built in was an address book and a calendar, inclusions so basic to us now, but were revolutionary at the time.

Almost 10 years later came the internet-fuelled 3G phones that could connect to the internet! Wirelessly as well! This was the was the beginning of video calling and larger attachments for texts and emails.

With the decade leap the prices also came down to a $300 minimum with the most expensive at $700, which is much similar to phones today.

Then enters the iPhone, we all love iPhones. You may, like me, want a refurbished iPhone that is networked unlocked for all of its modern features, but back in the early 2000s they were far more basic. There was more focus on the sleekness of the touch screen, something we now would think goes without saying, as well as it’s mega storage at 8GB! When looking at storage now it’s easy to see how far phones have come offering up to 256 GB.

Now in 2020 with many choices for phones, with one to four cameras! internet faster than lightning and so many apps, that go from keeping a diary to playing console games! Who knows where we’ll go next!

Tidal power is a great example of a clean and renewable energy source, energy is created through the rise and fall of the natural tide and this is converted into electricity that we all use in our everyday lives. These tides are created by the gravitational pull of the moon as it rotates around the Earth. Tidal power plants can only be situated next to large bodies of water for instance places like on the coast and as there are both low and high tides, energy production isn’t as reliable because five metre water levels are required in order to produce energy. There are three main technologies that can be used in order to produce tidal power.

Tidal Barrages are considered to be the most efficient form of producing tidal power, a tidal barrage is made up of a dam that utilises the change in tide to turn the turbine and in turn generate electricity. It overall takes advantage of the potential energy formed by the difference in height caused by the fall of water. – Tidal Fences  A Tidal fence is basically a huge turbine that operates in a similar way to a turnstile and energy is generated through the movement caused by the current of the water. -​Tidal Turbines Energy is generated in a similar fashion to the tidal fences in that electricity is generated through the movement of the turbine.

Although the reliability of tidal power isn’t as solid, tidal power generates significantly more energy than wind as water is a lot more dense making for speedier rotations and therefore in turn more energy can be generated. Tidal power is also considered to be one of the most renewable energy sources as it has no greenhouse gas emissions and it has a very low environmental impact. A benefit of tidal energy would be that it is reliable in terms of how long it lasts, it would be presumed that oceans and the tide are going to be around for a long time and so it would be stupid not to utilise this green source of energy for as long as possible.

Essentially the hydro power (created by the tidal turbine) is converted into electrical power using a permanent magnet synchronous generator (PMSG) which turns the mechanical power output into electrical power for the grid. The variable AC output of the PMSG is then needed to be converted into variable DC voltage by the use of a diode bridge. This is then changed into a constant DC voltage via the use of a DC-DC boost converter, however this is again needed to be converted into three-phane AC at 60 Hz so it can then be used as electricity and transported to homes. It is done so by the use of transmission lines held up by large towers, they reach huge distances in order to take the power generated at the coast to other places requiring energy. Three-phase electricity is by its very nature a much smoother form of electricity than other forms as it is more consistent.