A Comparison of the Best Video Codecs

A codec is at the core of processing digital video. A video codec essentially compresses the video signal from a camera’s sensor into a manageable file size then decompresses it on a computer for viewing and editing. There are many different video codecs you can use.

H.264 is a digital video compression format that only uses half the storage space of the DVD standard, which is MPEG-2 to deliver the same quality of video. This is one of the most popular standards of codec, with up to 8K resolution, without sacrificing processing power. A ten second clip in 4K on H.264 is fifteen megabytes. Albeit, some would argue H.24 isn’t the best quality for editing videos using software such as Adobe After Effects and compresses the data too much. Therefore H.264 is primarily used in files required to be of small size, albeit generally used as lossy, is can also be lossless but it’s not the most efficient codec for lossless video. Also H.264 supports the containers MP4, MKV, 3GP and FLV. YouTube converts all uploads to H.264 so it’s compressed to a small size for upload. If you plan on uploading any YouTube videos and would like to get popular, I simply buy views for my videos from places like Marketing Heaven.

There are multiple MPEG codecs, as mentioned before, MPEG-2 is the standard for DVD. MPEG-2 supports interlacing, which increases motion perceived by the person watching the video, increasing the frame rate without the data consumption.  MPEG-2 is lossless, hence why it’s used for DVD’s and Blu-rays for high quality video. MPEG-1 and MPEG-4 are lossy and MPEG-1 is used in DVD discs with less space and MPEG-4, which is a less advanced H.264 supports the containers MP4, AVI and MKV.

High efficiency video coding is an updated version of H.264 and will eventually become the new standard of codec for streaming, with the rise of 4K video and 4K Blu-ray. It can have twice the compression efficiency of H.264, while maintaining quality. With many homes now having 4K resolution televisions and being able to stream 4K on applications and services such as Netflix & Apple TV, also with YouTube now supporting 4K video, many of these services will start streaming H.265 video, albeit it’s not quite hit the mainstream just yet.

The previous mentioned codecs are most suitable for transferring video to a DVD disc, Blu-ray or to upload onto video sharing websites such as YouTube but aren’t generally used for editing due to wanting the best quality while editing videos. DNxHD file sizes are large but the quality is at it’s maximum, making it ideal for tweaking in programs such as Final X Pro. The advantages over editing with DNxHD than an uncompressed file is that it uses less CPU overhead, for faster editing and rendering.

The Most Important Technological Concepts in 2020

For those with their glass half-empty, a dystopian tech-world seems to be on the horizon for the coming decade. However, there are of course numerous technological advances that are going to help humans in the 20’s. As such, here are some of the most important technological concepts coming in 2020: the good, the bad, and the “somewhere in between the two”.

While 5G is available in limited countries and areas already in 2019, it is expected to explode globally in 2020, when it will become more affordable. This new 5th generation of mobile networking is going to give us faster internet speeds, greater connectivity, and more stable connections.

The on-going US-Huawei spat is of course going to slow things down for some countries, but generally 5G will be a regular part of life for most people in 2020.

Hyper-automation is the idea of combining Artificial Intelligence (AI) with Machine Learning (ML). It is the next step in automation will allow machines to automate complex process in a way that is far beyond our current, already sophisticated capabilities. A number of tools are needed to support the hyper-automation of difficult processes that humans are still typically needed for.

This new trend started after the recent leaps made in Robotic Process Automation (RPA), and is expected to grow exponentially in the coming year as process intelligence, content intelligence, and OCR are all further incorporated into the development.

Again, autonomous driving cars have been around for a while, but Tesla chief and world-known “tech-guy” Elon Musk has said he expects the company to have created the truly “complete” self-driving car by 2020.

Waymo, Google’s sister company, recently completed their first trial of their autonomous taxi service in California, in which 6200 people used the taxi’s.

Technology is transforming how we practice healthcare at an unbelievable rate. While not a new idea, recent breakthroughs in genomics and AI have given us 1.) a much better understanding of how different peoples bodies are equipped to fight off certain diseases and illnesses and 2.) actual technological devices that can better do so.

For example, the ability to take data from devices such as smartwatches gives us the new ability to predict health issues in patients before they even feel any symptoms.

This decade has already seen vast improvements in the availability of technology, and this is set to improve further in 2020 for the new decade. Specifically, improved user interfaces and new technologies will allow people outside of the tech industry to use tech services in a much more complex manner, in a way that means many companies can simply bypass the need for an IT department.

Human augmentation looks into how technology can be integrated into the human experience for real physical and cognitive improvements. It is essentially the leveraging of tech to improve the capabilities of a person or provide a medical fix. Significant advances in human augmentation have already been made by companies like Boston Dynamics, who have made robots for the medical world, the production-line, and the military industrial-complex. 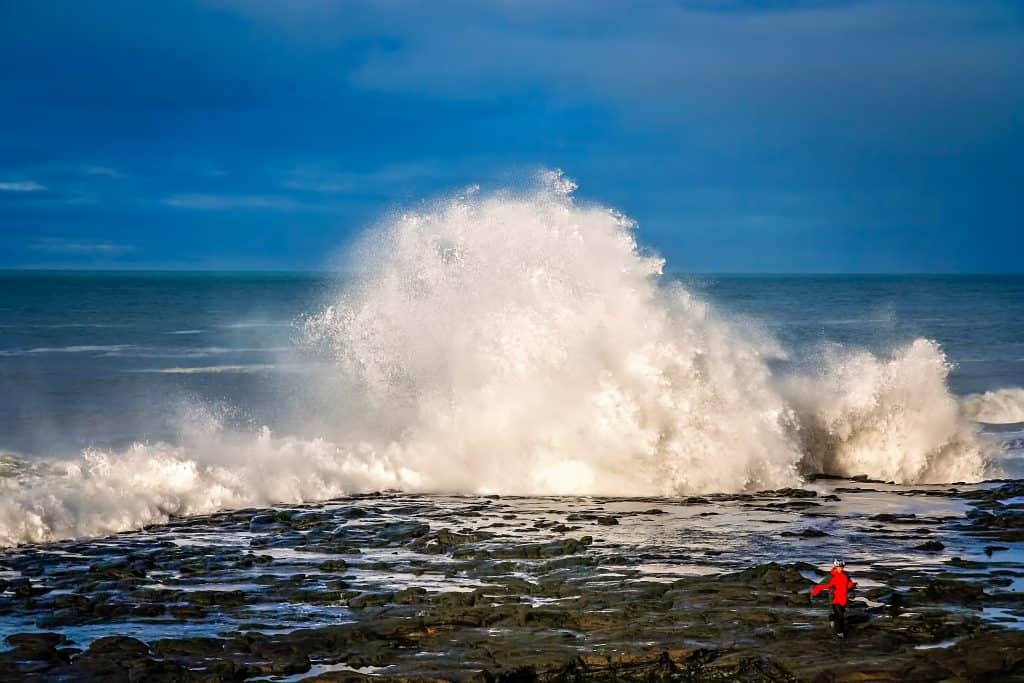 Tidal power is a great example of a clean and renewable energy source, energy is created through the rise and fall of the natural tide and this is converted into electricity that we all use in our everyday lives. These tides are created by the gravitational pull of the moon as it rotates around the Earth. Tidal power plants can only be situated next to large bodies of water for instance places like on the coast and as there are both low and high tides, energy production isn’t as reliable because five metre water levels are required in order to produce energy. There are three main technologies that can be used in order to produce tidal power.

Tidal Barrages are considered to be the most efficient form of producing tidal power, a tidal barrage is made up of a dam that utilises the change in tide to turn the turbine and in turn generate electricity. It overall takes advantage of the potential energy formed by the difference in height caused by the fall of water. – Tidal Fences  A Tidal fence is basically a huge turbine that operates in a similar way to a turnstile and energy is generated through the movement caused by the current of the water. -​Tidal Turbines Energy is generated in a similar fashion to the tidal fences in that electricity is generated through the movement of the turbine.

Although the reliability of tidal power isn’t as solid, tidal power generates significantly more energy than wind as water is a lot more dense making for speedier rotations and therefore in turn more energy can be generated. Tidal power is also considered to be one of the most renewable energy sources as it has no greenhouse gas emissions and it has a very low environmental impact. A benefit of tidal energy would be that it is reliable in terms of how long it lasts, it would be presumed that oceans and the tide are going to be around for a long time and so it would be stupid not to utilise this green source of energy for as long as possible.

Essentially the hydro power (created by the tidal turbine) is converted into electrical power using a permanent magnet synchronous generator (PMSG) which turns the mechanical power output into electrical power for the grid. The variable AC output of the PMSG is then needed to be converted into variable DC voltage by the use of a diode bridge. This is then changed into a constant DC voltage via the use of a DC-DC boost converter, however this is again needed to be converted into three-phane AC at 60 Hz so it can then be used as electricity and transported to homes. It is done so by the use of transmission lines held up by large towers, they reach huge distances in order to take the power generated at the coast to other places requiring energy. Three-phase electricity is by its very nature a much smoother form of electricity than other forms as it is more consistent.